During the Composite Stratovolcano eruptive cycle, lavas and pyroclastic deposits from the growing cone occur throughout the island, typically in lateral cones.

They include remnants of cinder, spatter and scoria cones, all satellite cones that helped develop the stratovolcano and produced locally deposited formations. One outstanding example of remnants of such a scoria cone can by found at the southern coast of the island, to the north of Avlaki, where basaltic andesitic lava flows that are covered by remnants of basaltic andesite cinder/scoria cone, form a 20m thick pyroclastic unit of black lapilli, as well as red and black scoria fallout deposits. 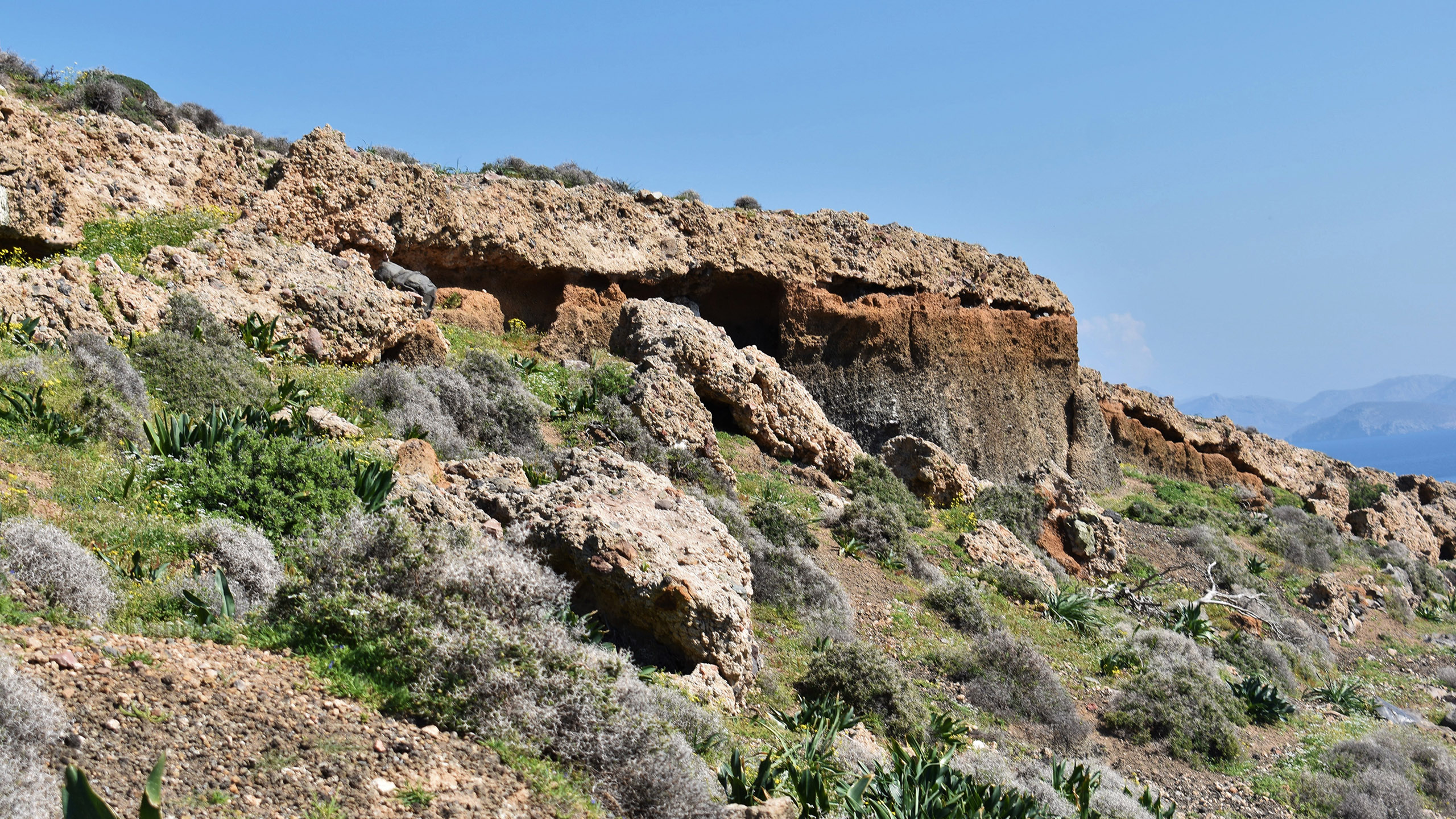 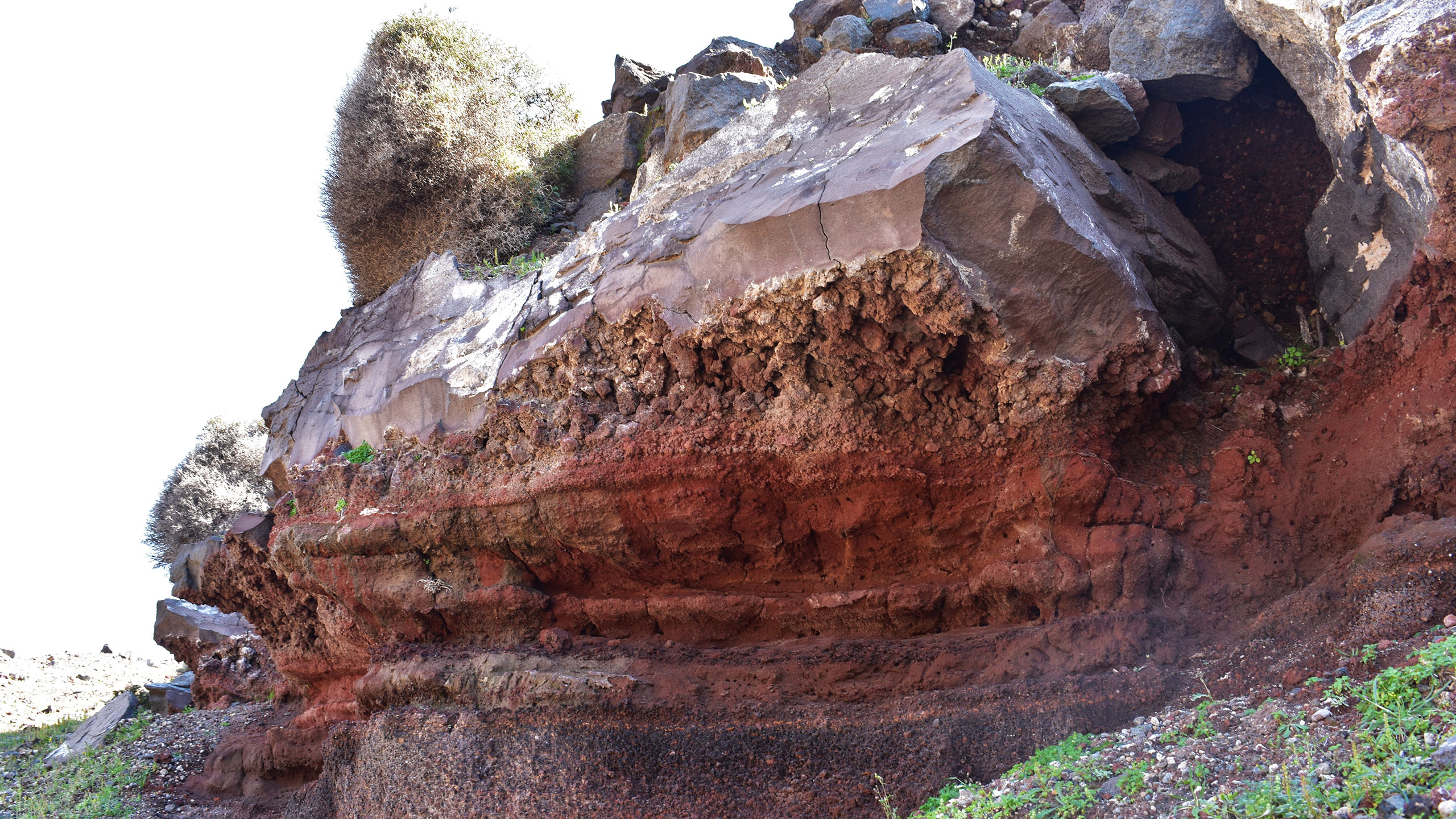 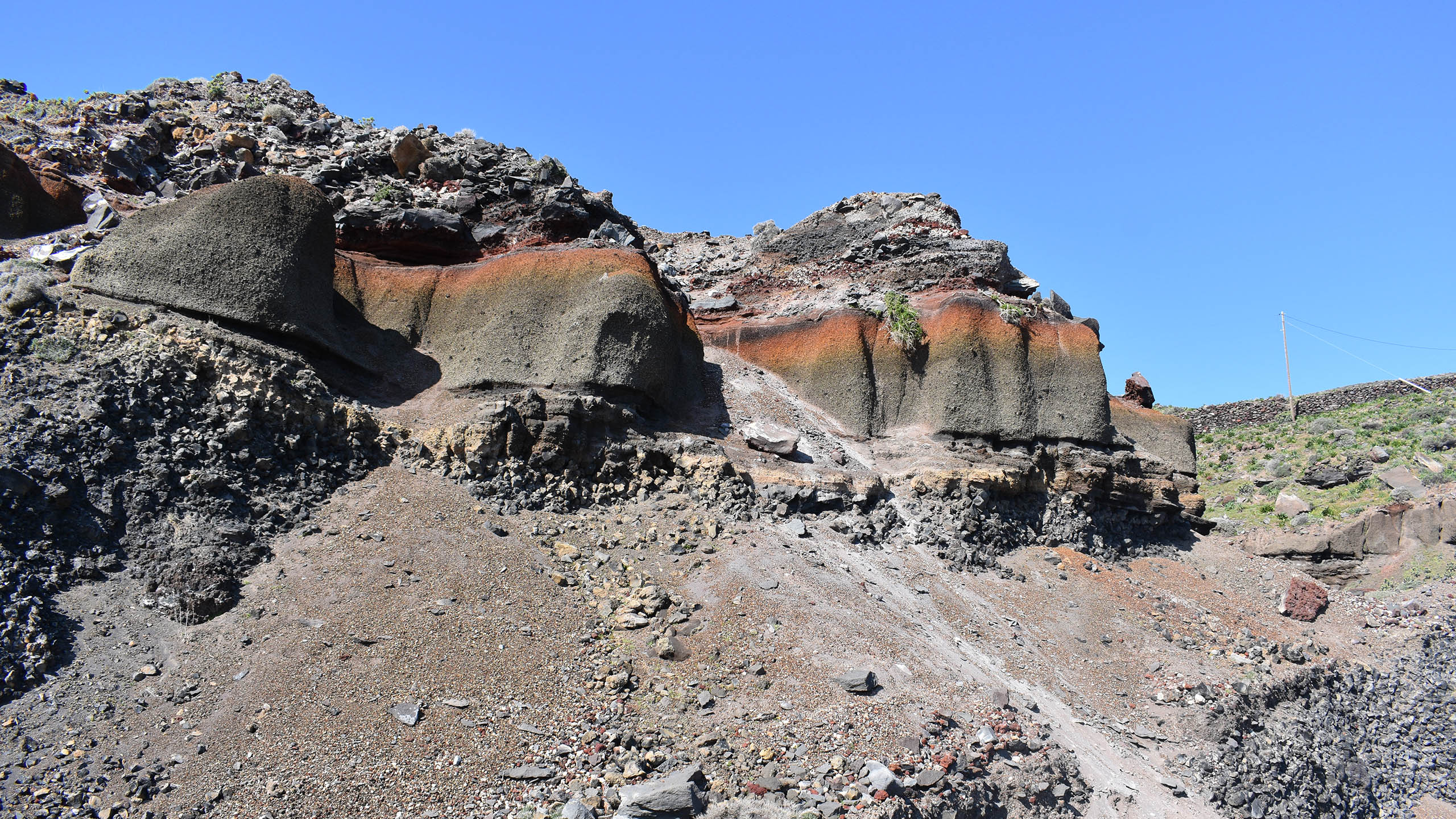