Megalos Polyvotis resulted from the early and strongest hydrothermal explosive cycle of the Lofos area.

It is an elliptical (180x350m) crater and its 3–5 m thick ejecta are partly covered by Flegethron products, which originated from a later event. The material of the crater consists of altered lava fragments and rhyodacitic blocks in a clayey to sandy matrix. The lava blocks are rimmed by brown-reddish oxide coatings and crosscut by anhydrite veins. Its walls exhibit stratigraphy similar to that of Stefanos, with lacustrine sediments and unconsolidated clay material at the bottom, to chaotic ejecta of earlier magmatic products at the upper part. The western sector of the crater floor usually turns into a lake after severe rainstorms and consists of 1.5 m thick yellow and purple colored varved clayey layers, which indicate the presence of a past lake. 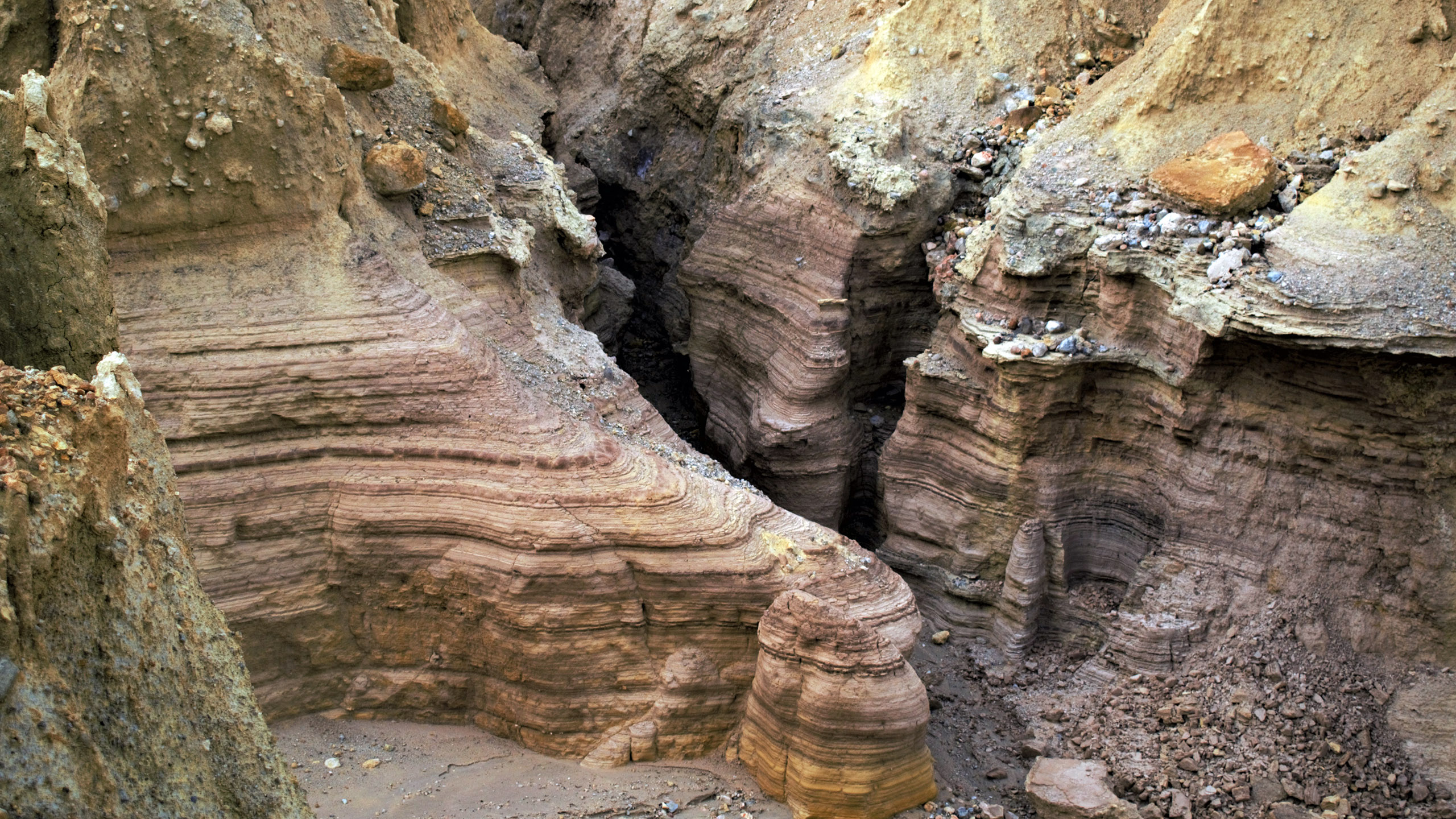 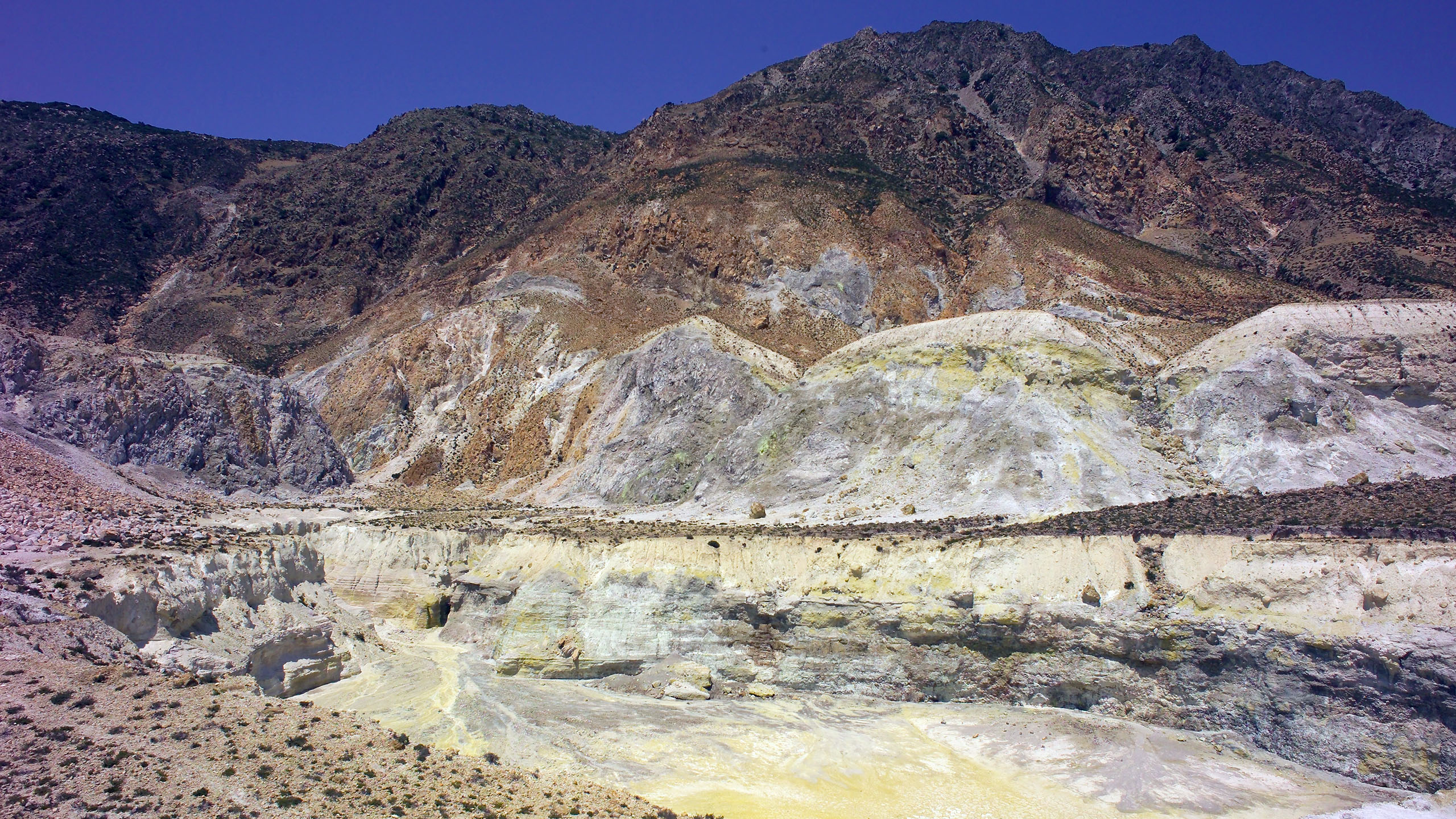