Between these events, there was a first caldera that formed after the first eruption, followed by the emission of at least three major rhyolitic lava flows with a thickness up to 150 m and a total volume bigger than 1 cubic km. This type of lava is characteristic in that it has a high silica content and high viscosity, meaning that it flows like a thick, viscous fluid down the surface, at a relatively slow speed rate. Magmas generating this lava also feature high amounts of gas, thus creating violent eruptions accompanied by pyroclastic flows and tuff deposits, like the caldera forming eruptive events.

The glass-rich, partly perlitic flows plunge down from the area in the present day eastern caldera walls between the Monastery Panaghia Kyra and the village of Nikia and enter the sea between the beach of Pachia Ammos and Avlaki. This flow direction was probably facilitated by a morphologic depression that existed to the southeast of the first caldera. Today, the lavas can be appreciated offshore the southeastern coasts of the island. 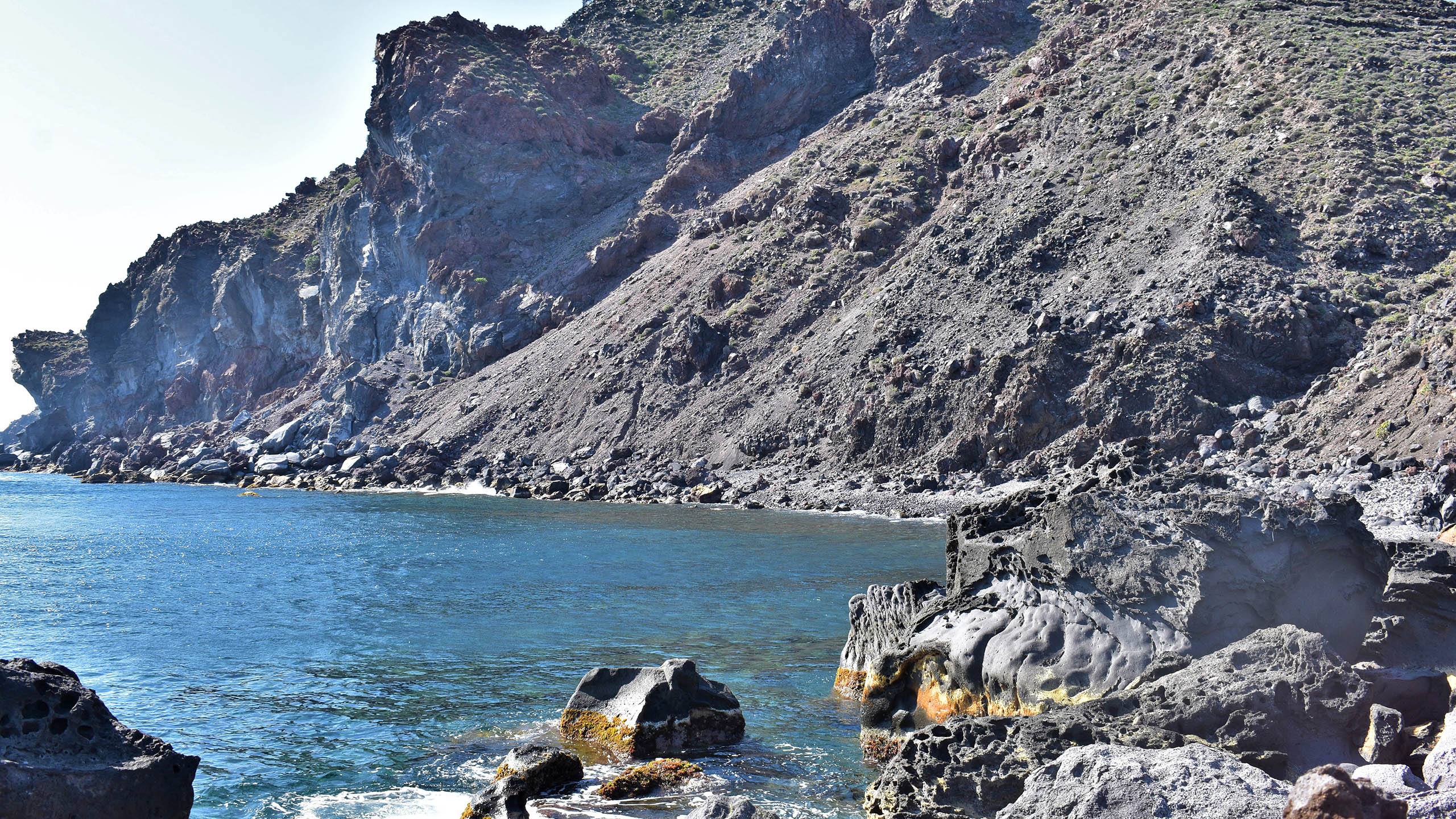