The NE coast of Nisyros is dominated by basaltic andesitic pillow lavas, that were emitted during the ‘Submarine Volcanic Base’ eruptive cycle, the first volcanic activity that took place at Nisyros.

They consist of shallow submarine to subaerial formation of hyaloclastites, pillow breccia and pillow lavas of up to 50m thickness. These types of pillow lavas do not represent the typical close-packed form of those found in ophiolite complexes, hence extrusions from submarine fissures are unlikely. Within the formation of the pillow-lavas, intercalated lava lenses of variable thickness can be found, partly mixed with hydrothermally altered tuffs and tuffites.

A paleogeographic reconstruction based solely on the outcrops of these formations, although hard, allows establishing a volcanic edifice similar to a subaerial shield volcanic structure, with NE-SW aligned vents from where the lavas were emitted. This early volcanic structure is referred to as the submarine volcanic base of Nisyros.

The Hohlaki cove is the beach of Mandraki, with its impressive and shiny black pebbles, a product of coastal erosion of the underwater lavas of this cycle. The name derives from the Greek word Hohlos, which describes the sound that the pebbles make when they come in contact with the sea. 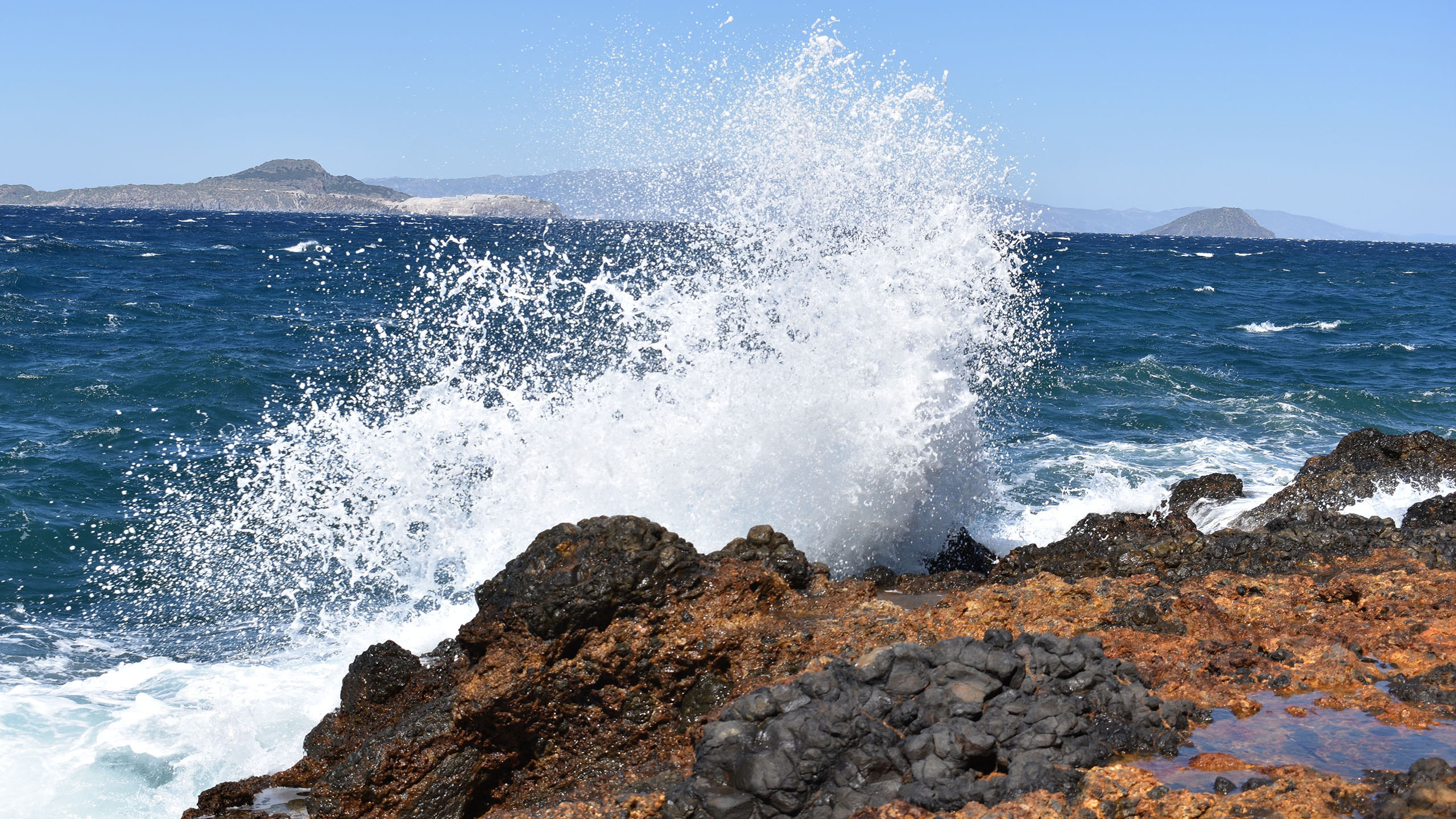 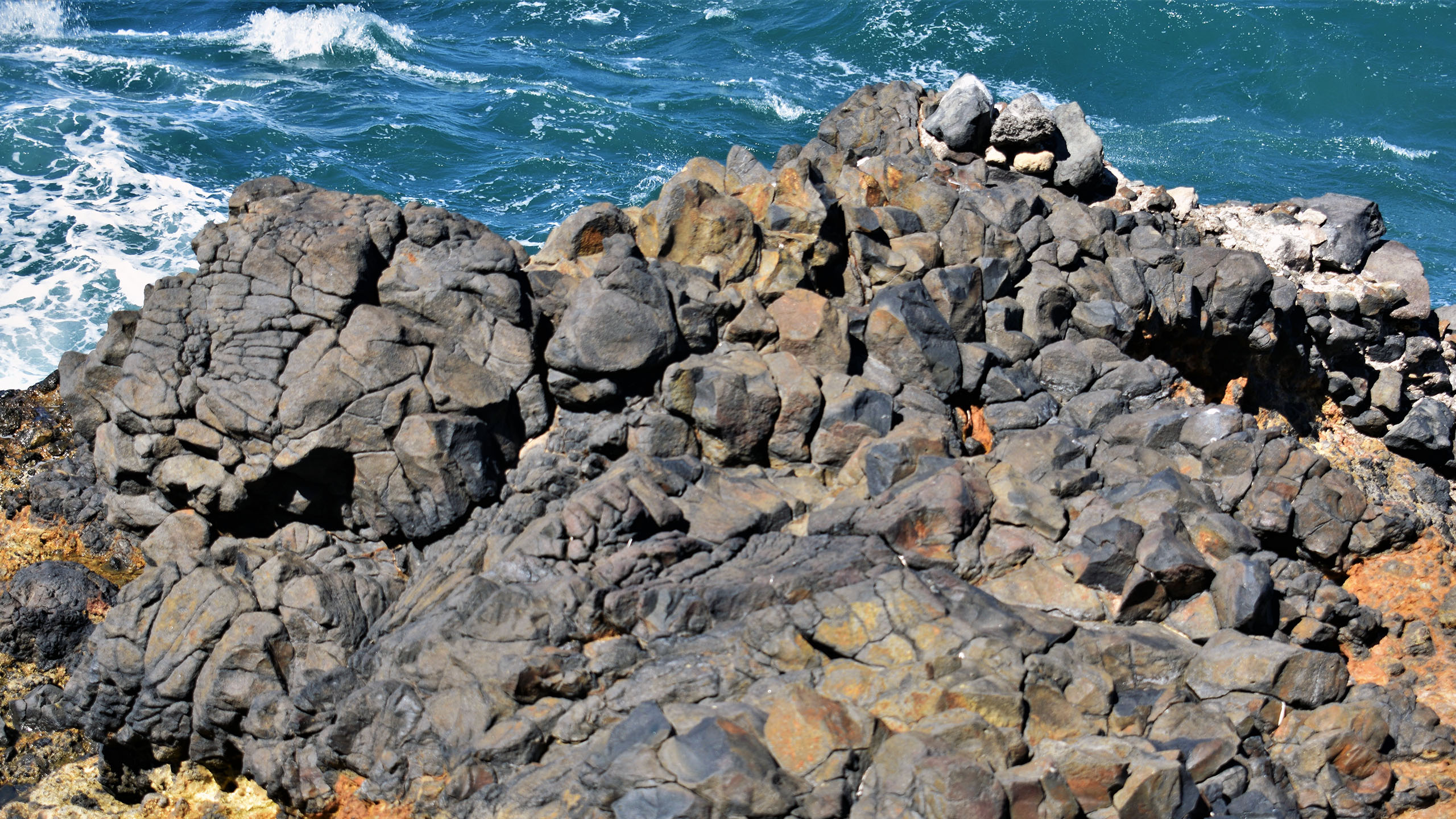 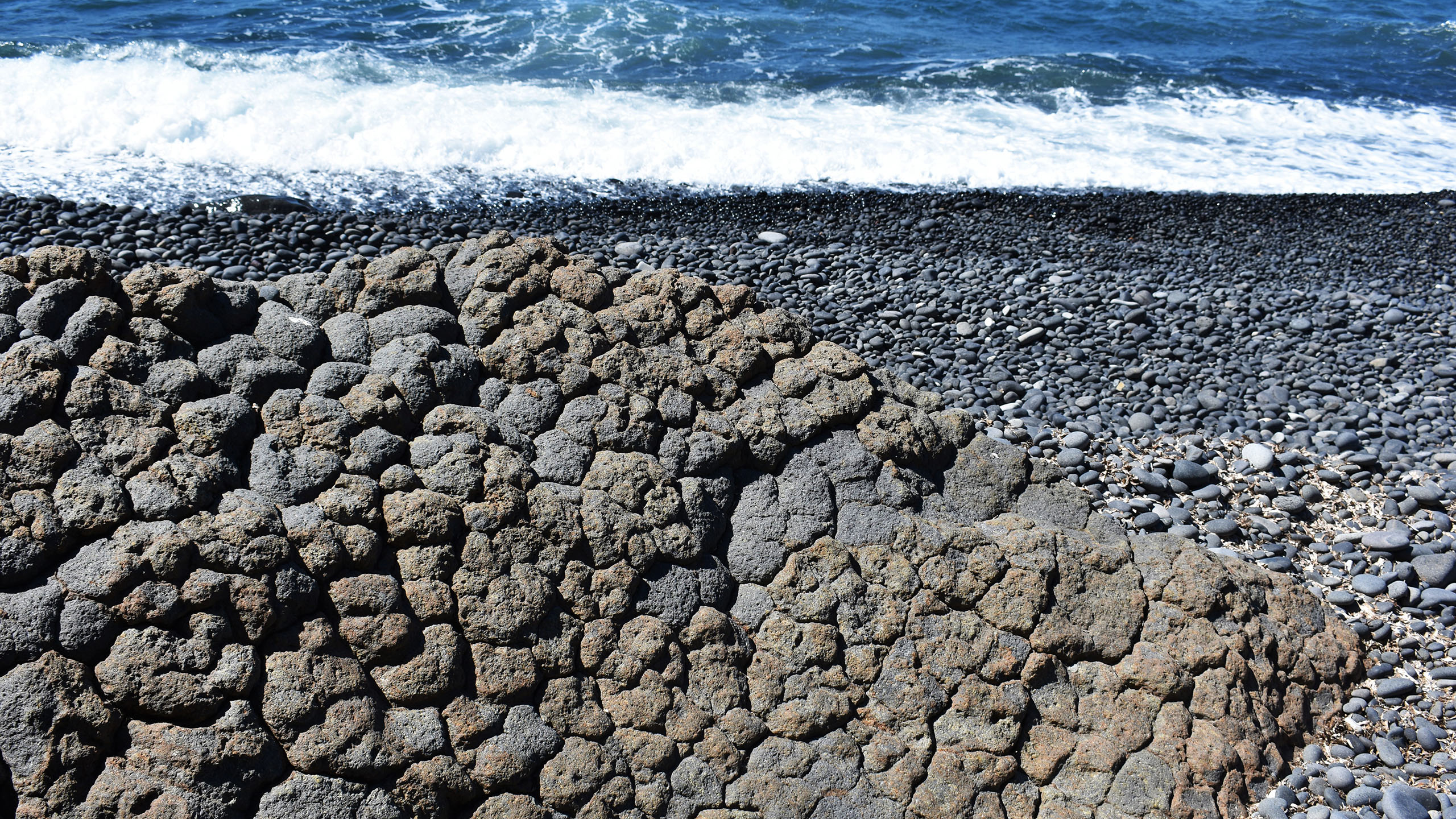 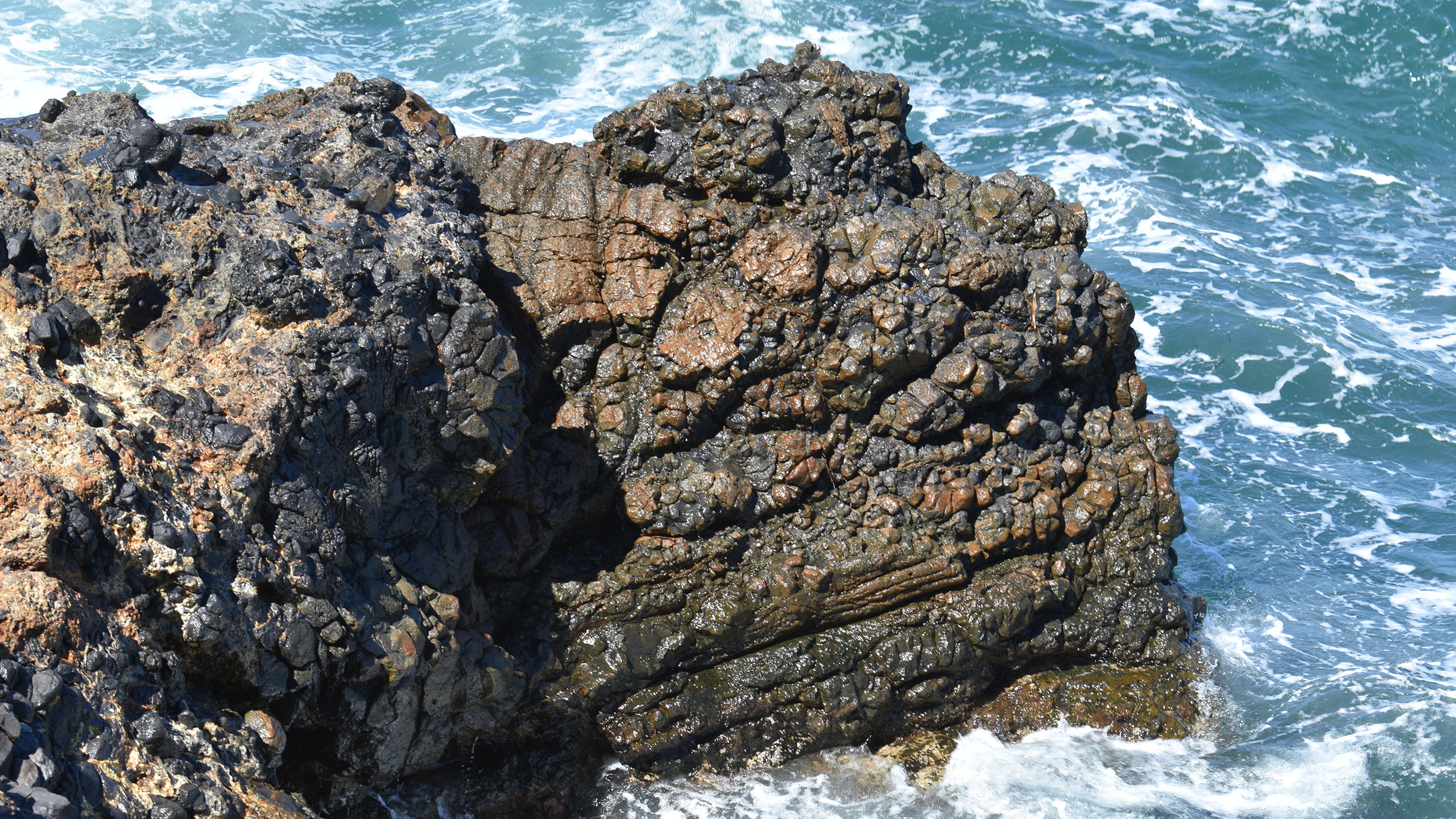