Cape Katsouni, located at the northern coast of the island, hosts impressive geological formations from two of Nisyros’ most iconic eruptive cycles.

The bottom formations consist of a basaltic andesitic lava flow from the Composite Stratovolcano eruptive cycle, covered by layers of paleosoil. However, those basal formations are overlain by two significant pumice deposits, the ‘lower’ and ‘upper’ pumice. During the Caldera Eruptive Cycle, two vast successions of rhyolitic pumice derived from plinian eruptive cycles were deposited and divided by epiclastic deposits, the effusion of voluminous rhyolitic lava flows and the breakdown of a large caldera to the present day dimensions.

Lower Pumice resulted from the first of the two major Caldera-Forming eruptions, which took place when a rhyolitic magma reservoir, probably within the upper crust, erupted. It contains fall deposits, from the first steps of the eruption, along with surges and pyroclastic flows and was followed by a first caldera collapse soon after the magma reservoir emptied, due to the significant volume deficiency within the chamber. The two vents of this eruption are estimated to have occured in areas between the present southern and north- eastern caldera rim

Upper Pumice resulted from the second Caldera – Forming eruption of Nisyros, again of Plinian type. The climactic explosive event produced up to 60m thick of rhyolitic pumice with a fall-surge-flow-surge sequence, which can be found not only at Cape Katsouni, but all over the island. The deposit contains formations that give scientists the ability to study the evolution of the eruptive event, featuring massive bedding and non-turbulent pyroclastic flows, lithics (which are remnants of older volcanic or even non-volcanic rocks from greater depths that were pulled by the force of the eruption on the surface) and wavy surges. The eruption is estimated to have stemmed from an eruptive center in the north–western segment of the caldera and was followed by a second caldera collapse that formed the famous caldera of Nisyros as we see it today. 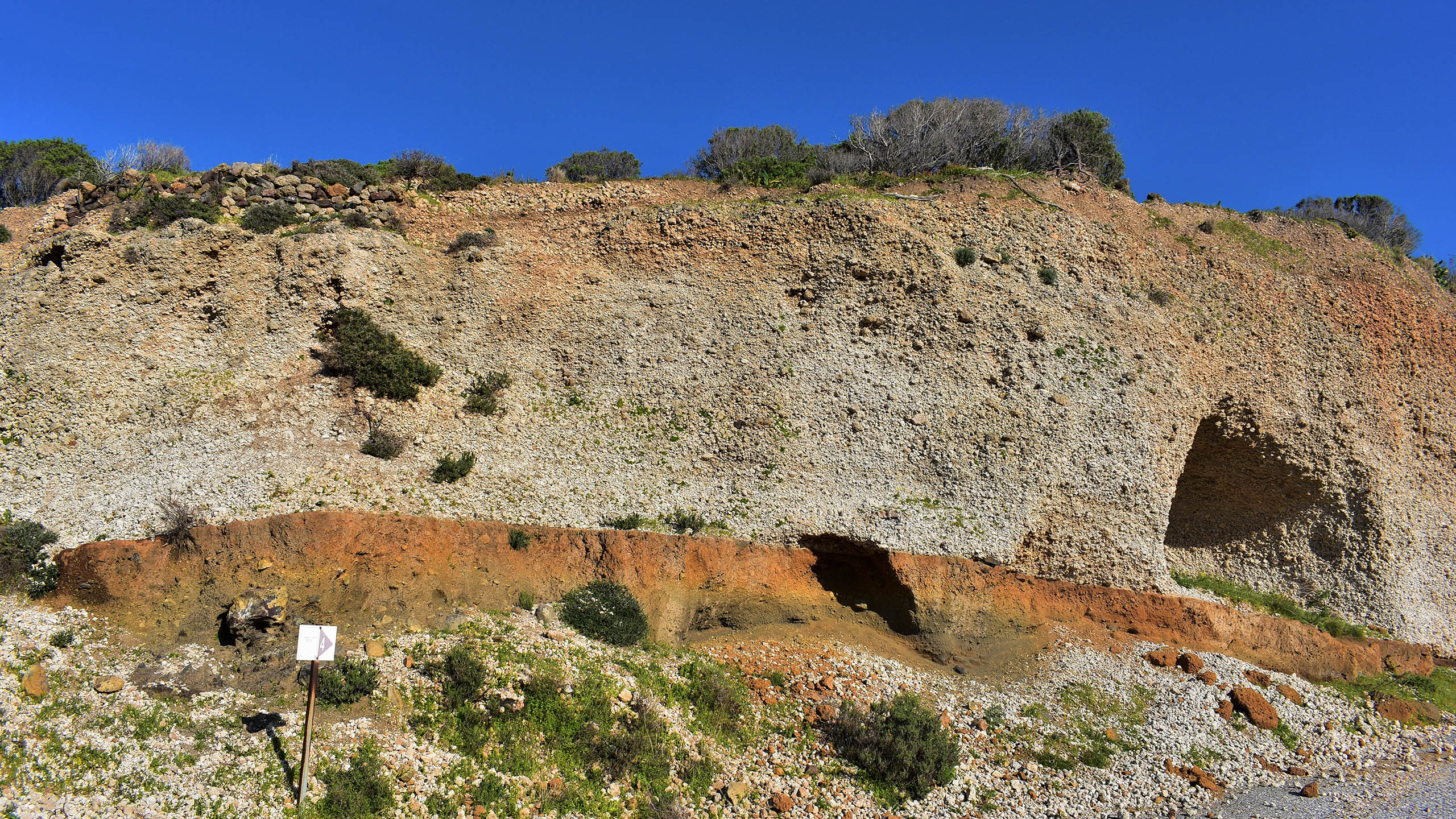